Warning: "continue" targeting switch is equivalent to "break". Did you mean to use "continue 2"? in /nfs/c09/h02/mnt/208785/domains/travelingoutloud.com/html/wp-content/plugins/revslider/includes/operations.class.php on line 2722

Warning: "continue" targeting switch is equivalent to "break". Did you mean to use "continue 2"? in /nfs/c09/h02/mnt/208785/domains/travelingoutloud.com/html/wp-content/plugins/revslider/includes/operations.class.php on line 2726

Warning: "continue" targeting switch is equivalent to "break". Did you mean to use "continue 2"? in /nfs/c09/h02/mnt/208785/domains/travelingoutloud.com/html/wp-content/plugins/revslider/includes/output.class.php on line 3624
 The Hardships of Riding a Motorcycle | Traveling Out Loud 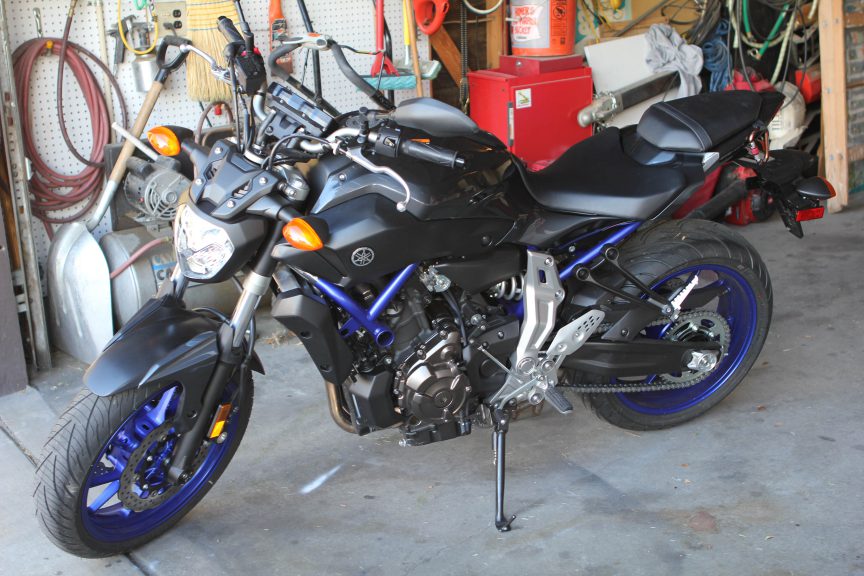 
I love riding a motorcycle. It is freeing not being stuck in a large metal box with an engine. Riding provides a completely different way of experiencing the world. That being said, when I began using my motorcycle as my main mode of transportation, I found that this sport comes with some hardships. 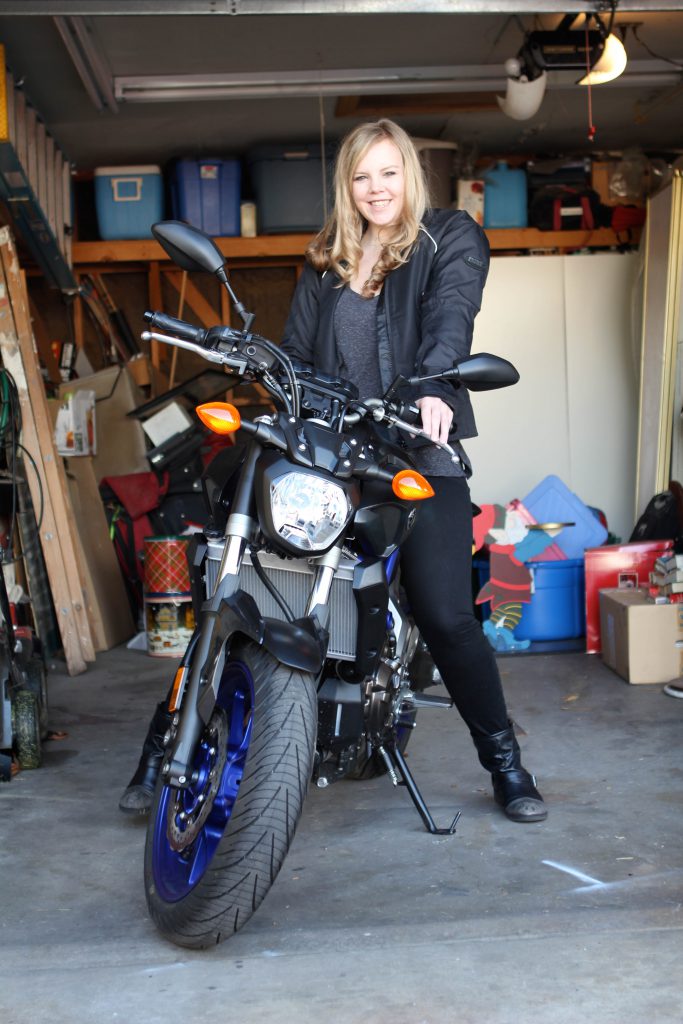 I used to ride dirt bikes with my family when I was little. My dad built me a sweet 50cc motorcycle to ride. He painted it bright pink, my favorite color at the time. I upgraded bikes at 13, but ended up flipping it. I did not ride much after that, not because of my accident, but because our family vacations just started thinning out. 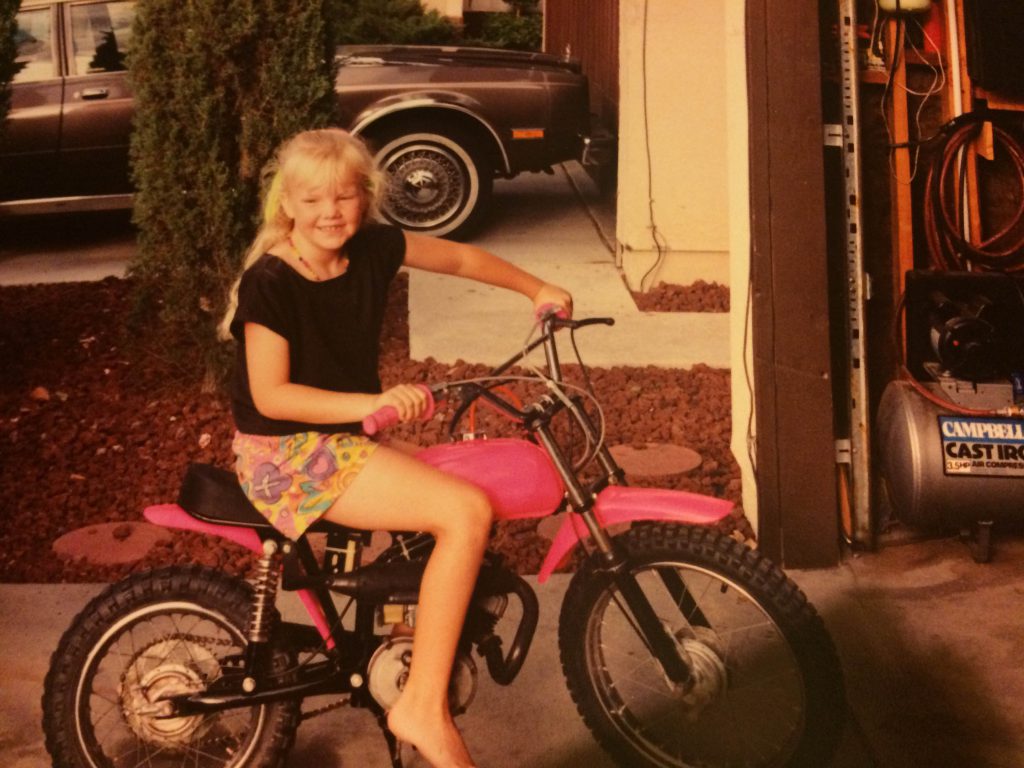 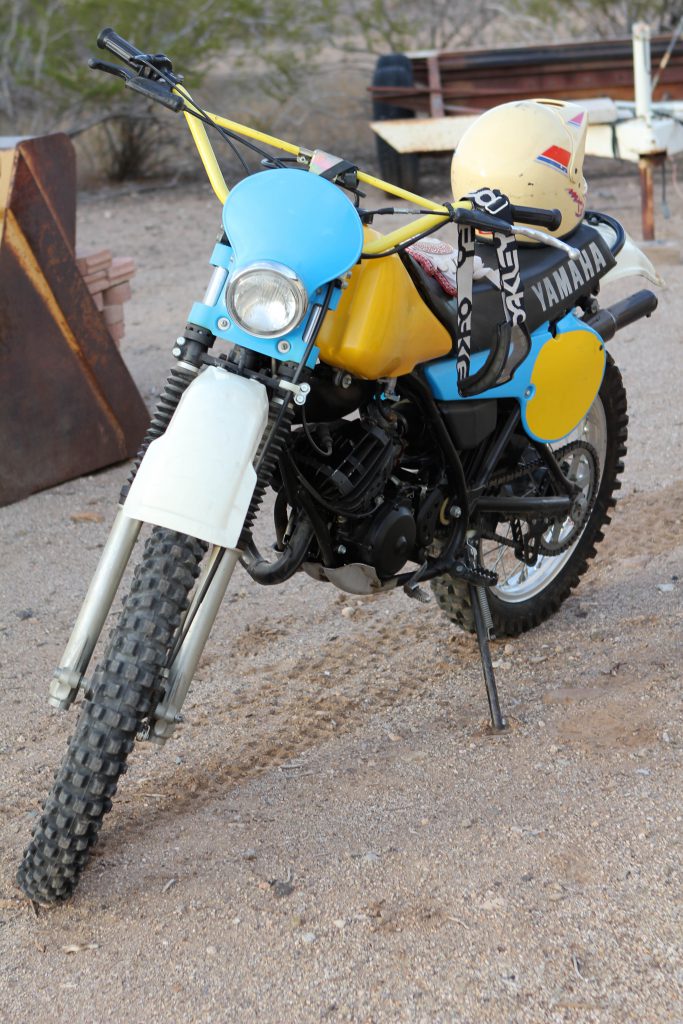 Fast forward more than a decade, and I started dreaming about riding again. I got my license and then a year later, I bought my Yamaha FZ-07 2015 698cc. I have been using this as my main mode of transportation now for about a year and a half. I still love it, but it also came with some unforeseen difficulties: 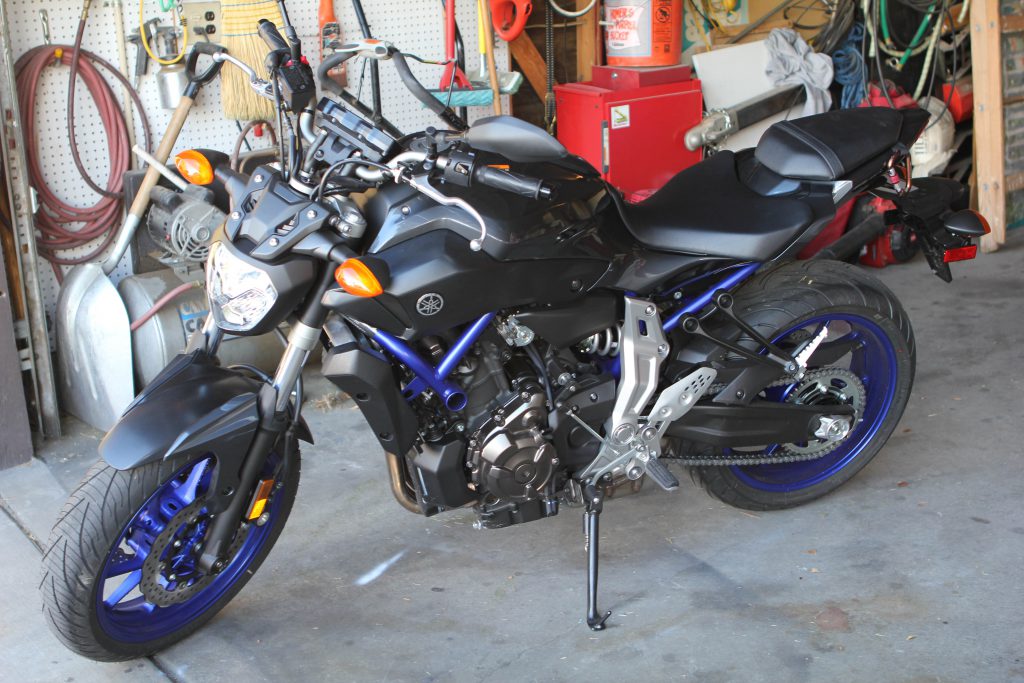 Roadrage Amplifies
Road rage isn’t something I experience often; only when I’m driving in Southern California will my frustration start to boil to the top. But since riding a motorcycle, road rage has come to a whole new level. I expect people to make loads of mistakes, to be poor drivers, and to be inconsiderate while driving, but now that those shortcomings could mean permanent disability, disfigurement, or my life, those mistakes aren’t easily forgiven.

No More Coffee
I had to say goodbye to drinking a coffee on the way to work, or rolling through a drive-thru for some food. No more refreshing drinks while transporting.

One Look
Forget about doing your hair and makeup nicely, or wearing a dress. Forget about wearing flip flops or shorts. When you ride, you have to cover up with the right protective gear, or at least you should. That means a long sleeve leather jacket or armored jacket, pants, boots, gloves, and a helmet.

Being Warned
Everyone wants to tell you about how dangerous riding a motorcycle is. Everyone becomes an authority and wants to give you advice about how to ride. And when I say everyone, I mean people who don’t ride motorcycles. They will always take a couple minutes to tell you to be safe out there, and drone on about all the ways you can get in an accident. I know it comes from a caring place, but even so, it can be frustrating.

Horrific Death Reminders
Everyone you meet who finds out you ride, has a friend, a friend of a friend, or they’ve read a news article about a horrific motorcycle accident and they feel it is imperative to tell you about it, details and all, like you don’t know any of this kind of stuff happens. Imagine talking to someone who is pregnant, and expounding about all the ways they could die while giving birth, or doing the same to someone with a terminal illness. It’s just not something people do in other walks of life, but if you ride a motorcycle, prepare to hear the worst of the worst.

Running Errands Sucks
Running errands becomes more difficult. You no longer have a trunk or car to chuck your stuff in. If my errand solicits more stuff than I can fit in my backpack, then it’s not happening. 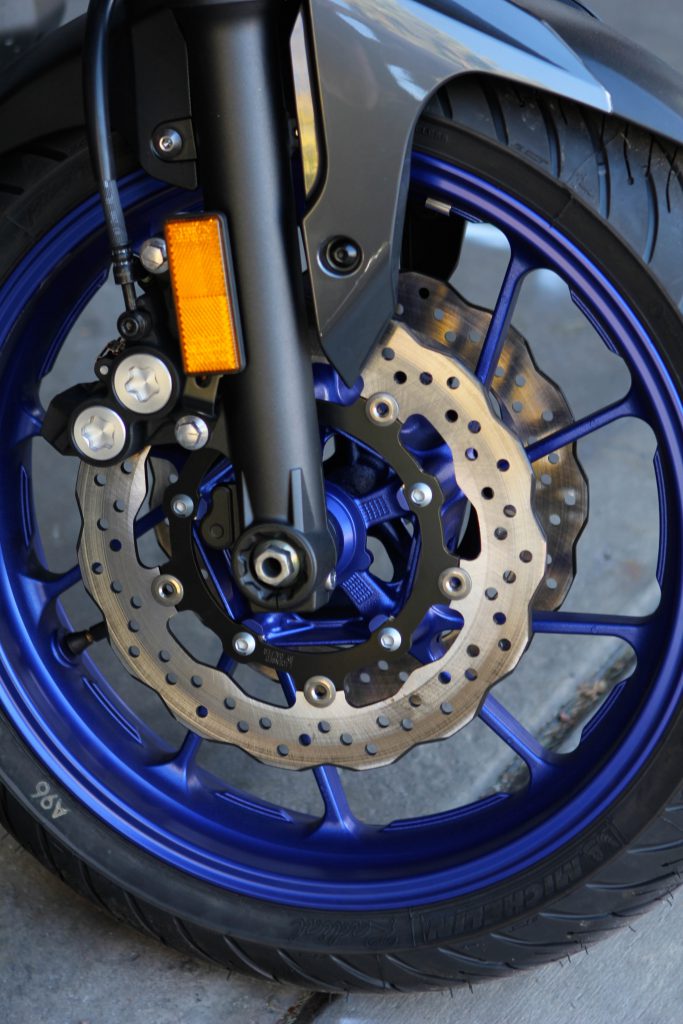 Exhaustion
Riding a motorcycle is exhausting. While you should be alert and aware while driving other modes of transportation, riding a motorcycle puts you in a hyperactive state of alertness and awareness. You are constantly assessing everything around you and running scenarios for every potential outcome from actions by another vehicle, pedestrian, or traffic light to changes in weather or road conditions. You have to be completely present while riding and that can be draining.

Personal Space
Motorcyclists value personal space, and more of it than you would think. My stress factor increases when I’m at a light and someone pulls up close behind me. That person has now just increased my probability of getting hurt.

Boredom
Travelling in the city is boring. I don’t have music, a friend, or a phone call to occupy parts of my brain, not that there is much room for that with the focus required to ride. Sitting at a stoplight is torture. I have found ways around this by singing broadway tunes or taking time to observe the world around me, but, no matter, stoplights feel like forever.

The Elements
Your life becomes dictated by the elements. Las Vegas is a great place to ride consistently. The average annual rainfall is 4 inches (100 mm), and it’s sunny 95% of the year. Even so, I have to check the weather and plan my travel around it. While I don’t have much rain to contend with, I do have heat, and summer temperatures are consistently above 100 degrees fahrenheit (38 degrees celsius) and can top out at 117 degrees fahrenheit (47 degrees celsius). Aside from sweating inside a helmet and battling heat stroke, the heat also brings oils to the street, making it as slippery as when it rains. Also, windchill from riding can turn even a mildly cold day into a harsh tundra. There were times my gloved hands were so cold I did not think I would be able to move them enough to pull in the clutch.

Pollution
Cars all around you spit out pollution and buses carry the motherload of it, add in slow traffic and stop lights, and I just get to bathe in it and breath it in.

Stolen
I am constantly worried my bike will be stolen. While I do have a wheel lock and alarm, I wonder about my bike’s safety as much as a parents do when they leave their kids with a babysitter for the first time. I even plan out my activities based on whether I feel comfortable leaving my bike parked somewhere or not. 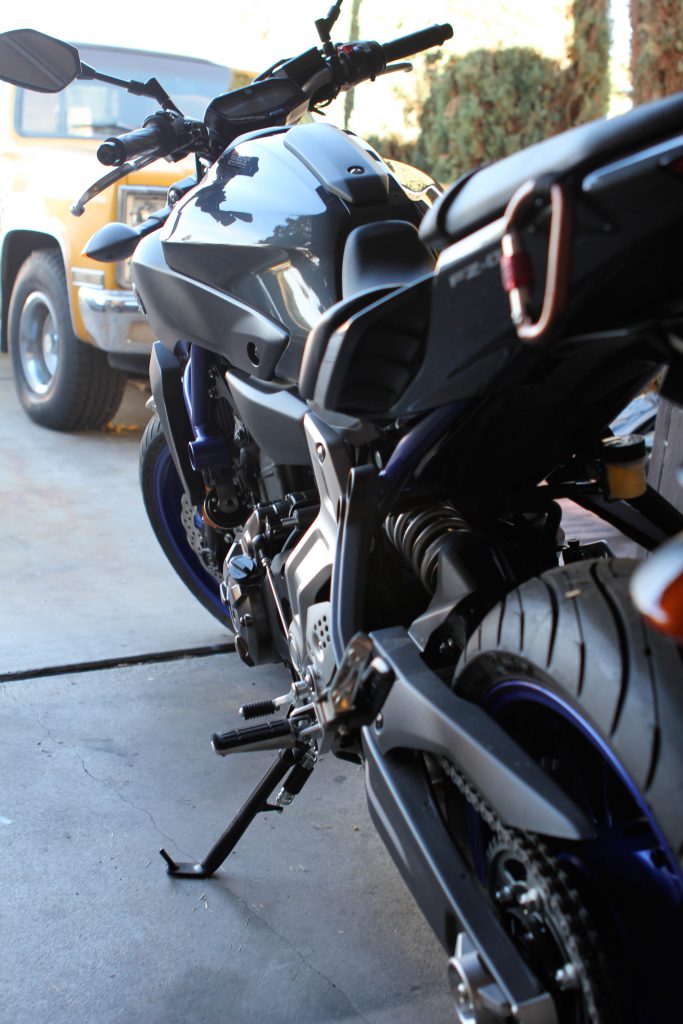 Invisible
I am pretty much wearing Harry Potter’s invisibility cloak when I’m on the road; driver’s just don’t see me. I’m not as big as a car on the road and most people expect to see cars, so it is not uncommon for cars to just not see me and then attempt to occupy the space I am in.

Sport Bike Hate
There isn’t a lot of universal love for a sport bike rider. We get a bad rap because there is a large contingent that is reckless on the road and that don’t quite fit in with the motorcyclist culture. You are immediately judged and stereotyped.

Hated
Anyone who is not driving a motorcycle, hates me on the road. People hate sharing the road with motorcycles, and so much so, they’ll purposely drive dangerously to get their point across to you. I even had one guy confess to me that anytime he sees a motorcycle drive by him, he deeply considers opening his car door to hit them. Yes, I had a guy tell me about his intentions to seriously injure or murder someone. They hate you for taking up a whole parking space as well, even though, legally, we are allowed and supposed to. I have had people tell me they have or have wanted to knock over parked bikes. Most of it comes from a lack of understanding of the sport and of the laws.

Never Ending Stoplights
Motorcycles are generally too light to trigger a stoplight that doesn’t run on a timer. And so, if no other vehicles show up to hit the trigger, it is not uncommon to sit forever at a light. Fortunately, my state has a law that permits me to treat these lights as a stop sign. Of course, I won’t know if this light is the exception till I sit there for awhile. “I’m singing in the rain…”

Secret Sign
Motorcyclists have a secret sign of acknowledgement that we share with each other on the road. You are immediately part of a group and society when you ride a bike, and so when you pass a fellow rider you send them a special acknowledgement. But, motorcyclists as a whole tend not to respect scooters, and so sending this acknowledgement to a scooter is taboo. This creates a certain amount of stress as you try to assess whether this is indeed a motorcycle approaching or not.

And of course, there is the undeniable truth that riding a motorcycle, especially in the city, is an extremely dangerous endeavor. It is not a matter of “if” you lay your bike out, but “when,” you do, and you just hope when those days happen, the results aren’t too bad and you did everything you could to minimize the costs.

And yet, despite the risk and despite the hardships, the call of the adrenaline, the call of the freedom on the road, the call of the ride takes over. The author of “Highway Writings” Jess “Chief” Brynjulson wrote, “They say life is a highway and we all travel our own roads, some good, some bad, yet each is a blessing of its own.” I guess I’ll be riding part of my highway on a motorcycle. 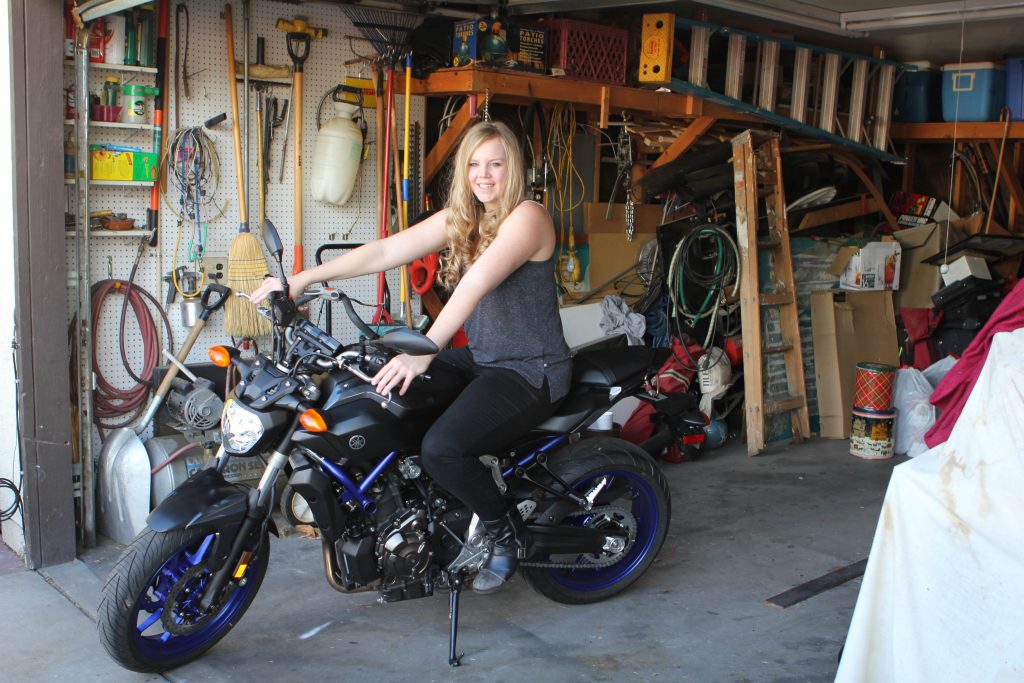