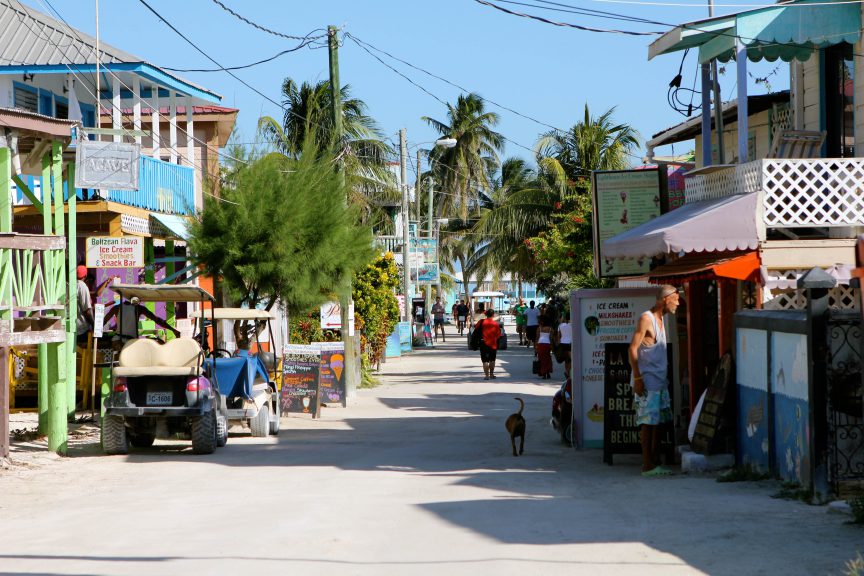 I had five minutes to get from one side of the island of Caye Caulker to the other in order to make it to my snorkeling with sharks encounter. A sheen of sweat began building on my forehead as I rushed down the main dirt covered road. I found a slight bit of relief from the cool breeze created by my rigorous pace, but it did not do anything to alleviate the panic growing inside me with every lapsed second. 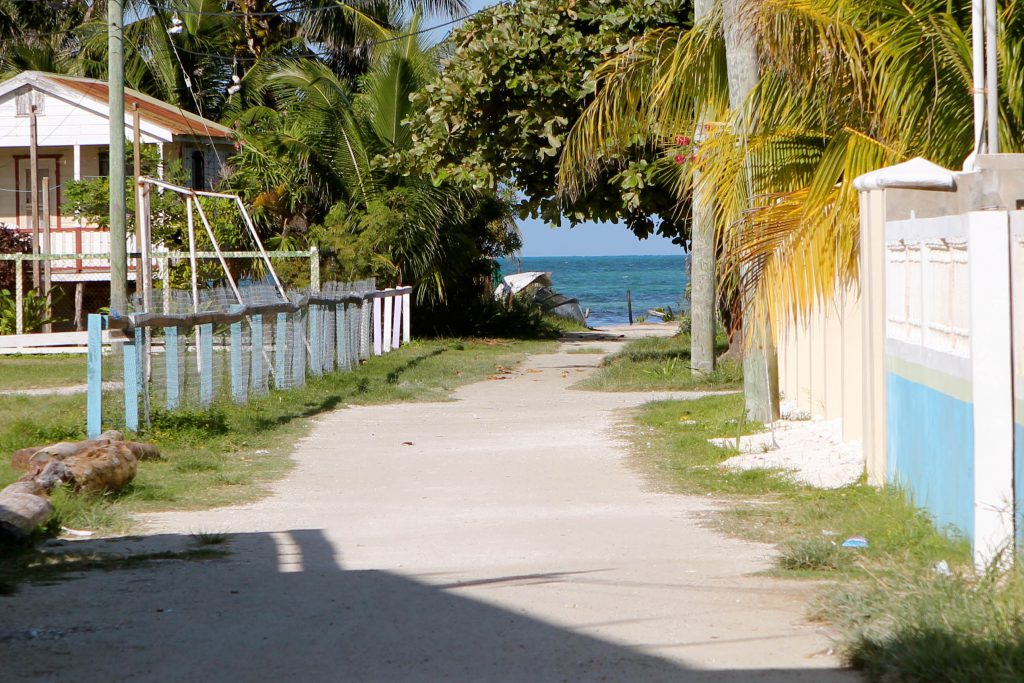 Caye Caulker is less than a mile wide. You can see the ocean on both ends of their streets. Photo by Brandy Little.

Shortly into my mad dash, a local calls out to me with a distinct Caribbean accent, “Beautiful lady, go slow.” I smiled and nodded, but stubbornly kept my pace. If I had time, I would have explained to him that I had to be somewhere and slowing down was not an option. Not long after, another local calls out, “Go slow mon.” Determined to not slow down, but also to avoid further notice, I tried to develop a walk that maintained my quick pace, but looked casual and relaxed. This consisted of a slight slouch in my posture, a small bounce to my gait, a gentle flopping in my arms, and gazing around lackadaisically all the while still furiously pushing onward. I’m sure that I did not fool anyone, and that I solicited a fair amount of laughter and jests, but no one else said anything and I made it to my encounter on time. 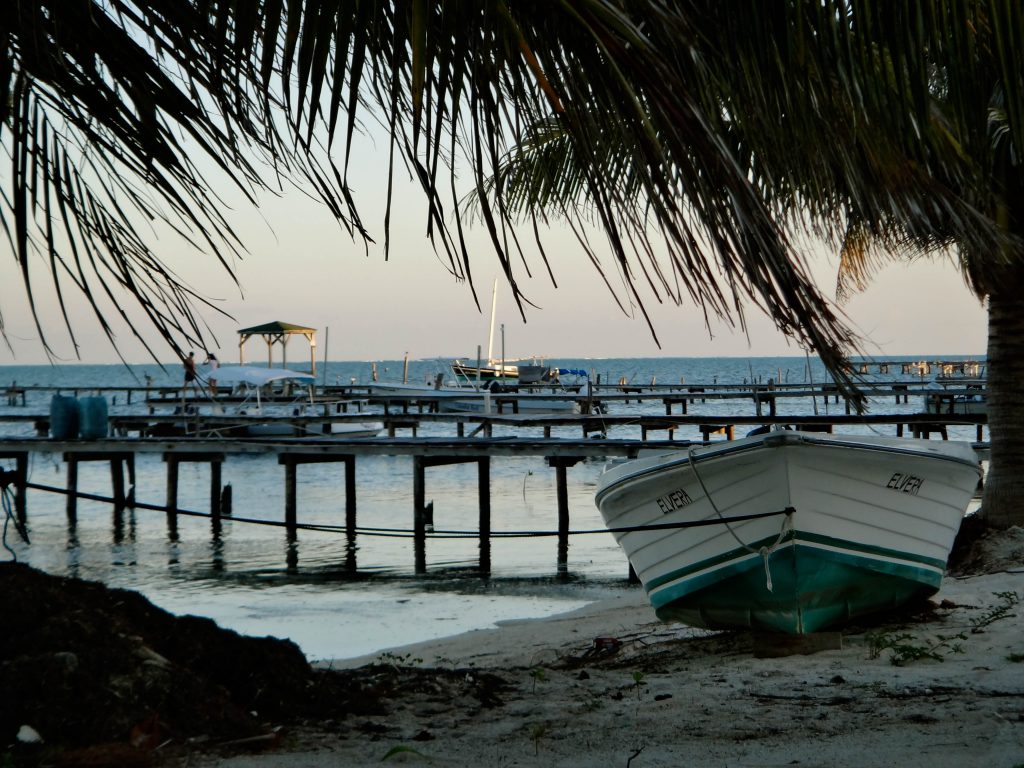 Later that night, I went to the local reggae bar and got a drink to celebrate my success in not being torn limb from limb and eaten by any sharks. After the bartender poured my drink, he paused while handing it to me, looked me in the eye, and with genuine sincerity said, “Go slow and keep the moments.” I responded in kind, assuming that was the appropriate response. The rest of the night, “go slow and keep the moments” tumbled around in my head while my heart beat with the music, but it was a few days later when I came to fully understand its meaning. 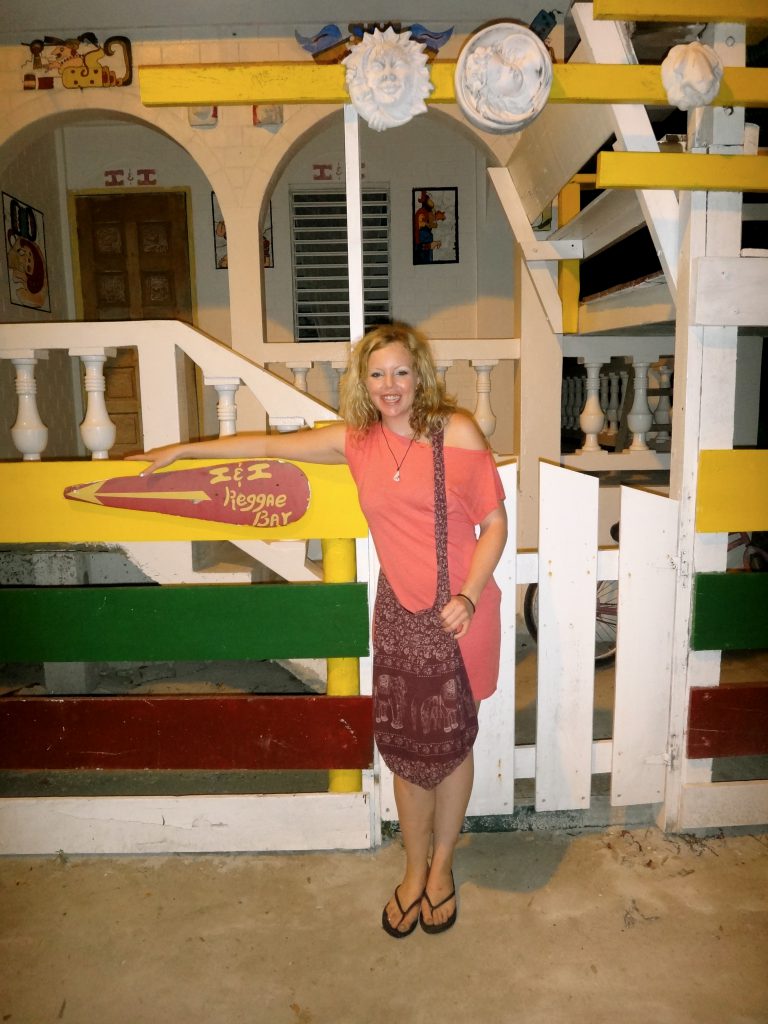 For the next few days I fell into the rhythm of the island, spending time with the locals and learning their way of life. The days and moments moved faster then I wanted them to, but at the same time they stretched from one end of the Earth to the other. This is what it means to “go slow,” to not rush into or worry about the future or past, but be present and involved in the now. The past is there and already written, the future is intangible, but the now is here to explore, absorb, and embrace. The now is life. The now is what creates.

But it is more than that. It is also about understanding what matters to you, what matters in life, and whether what you are rushing to is really that important or will bring you the contentment in life that you seek. What moments do you truly want to keep? 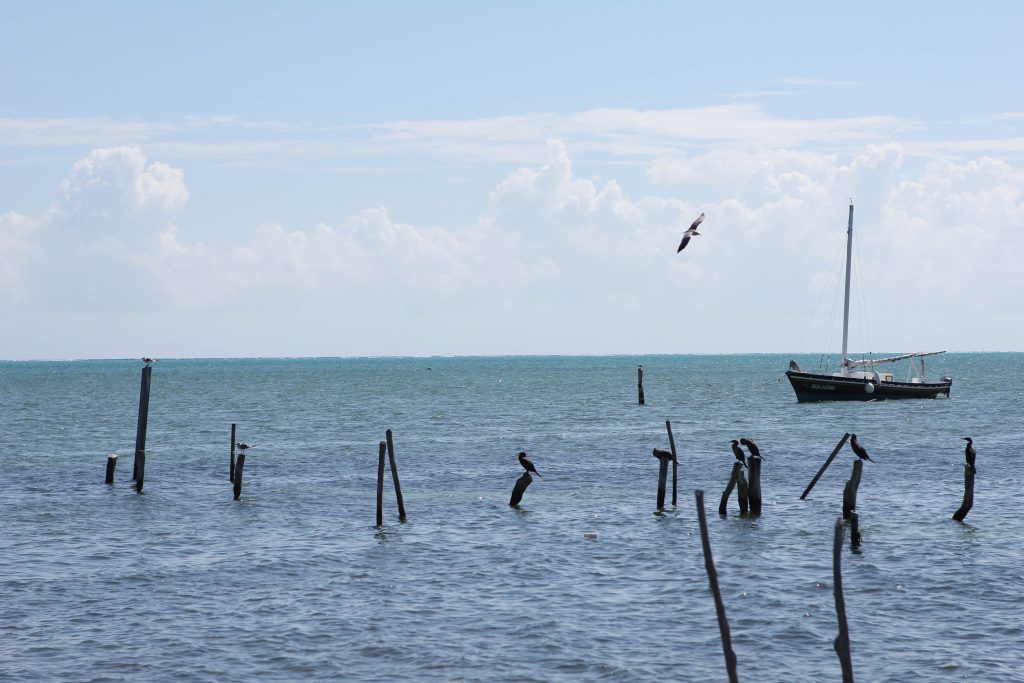 The act of “going slow” is actually characteristic of Belize. It’s called, “Belize time,” or more generically, “Island Time.” The standards of being on time are much more relaxed and people don’t scurry around to get to the next place. Life’s pace is calm and melodic like the gentle flows of the ocean when it meets the shore. My interpretation may be taking a simple statement to an unintended extreme, but I slowed down, and it has made all the difference. 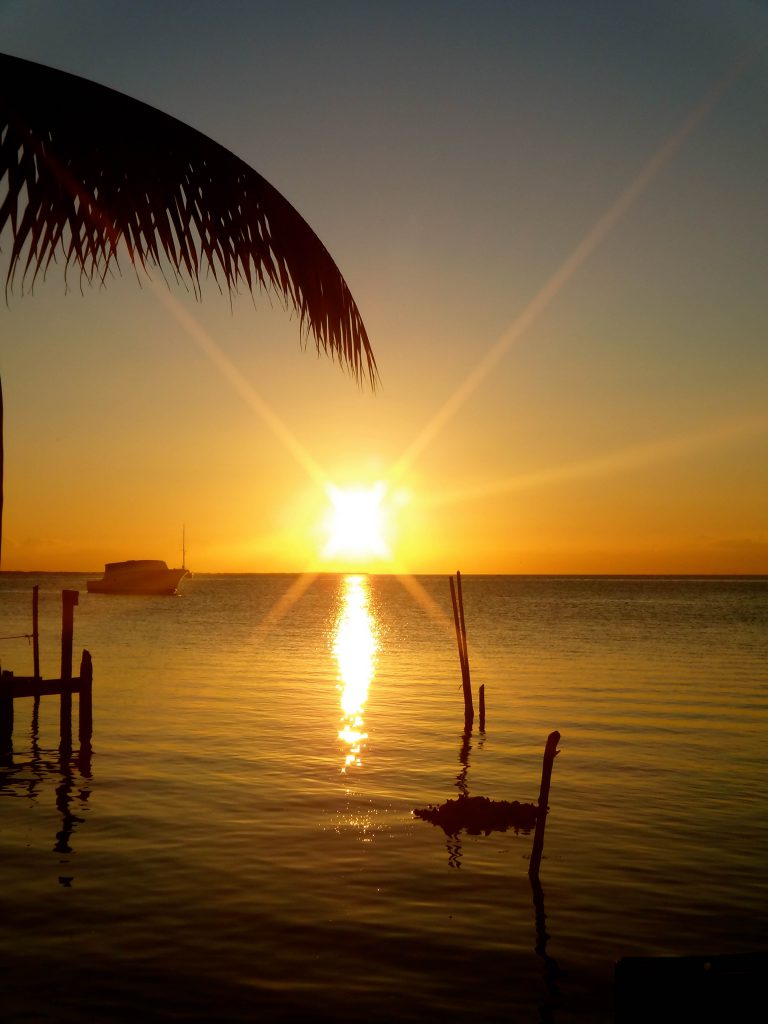